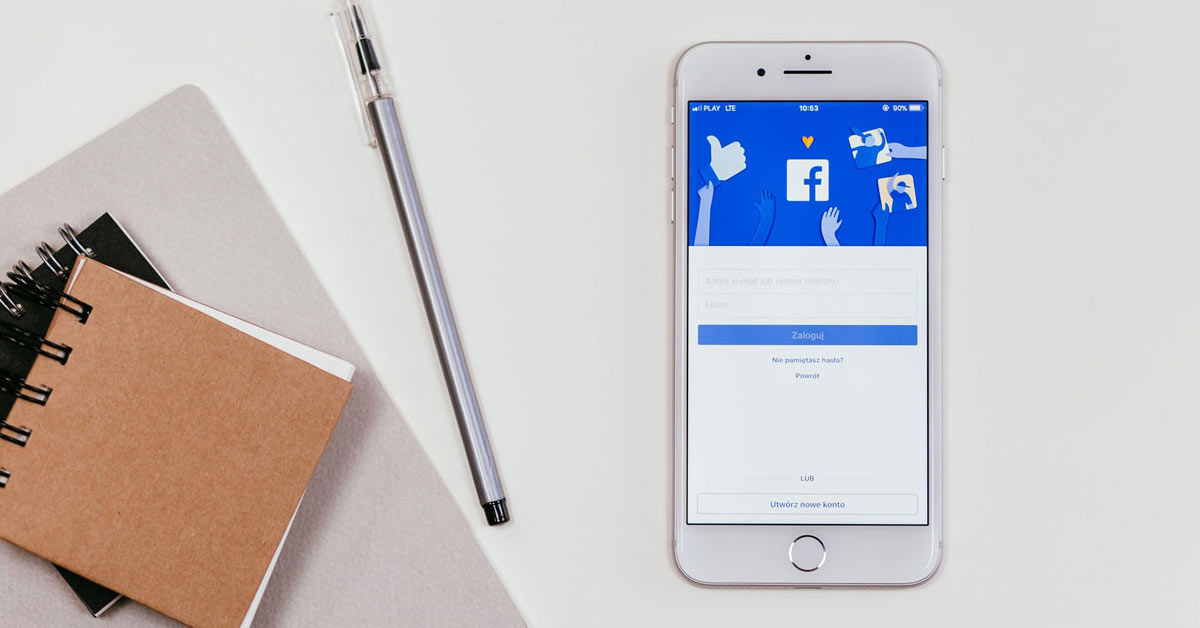 According to Facebook user behavior, it’s not a surprise that the majority of Facebook users don’t consider Facebook a means or platform to buy any products or services.

Since the launch of Facebook Ads, this has been a major challenge and reason for social media marketers while running Facebook ads, which leads to a higher cost per lead and affects the conversion rates in comparison to any other social media platform for the same.

With more than 2.5 billion monthly active users, Facebook is again going to be a powerful platform for marketing and advertising in 2022. There are no doubts about the effectiveness and performance of Facebook Ads for lead generation or what it can do for digital marketers and businesses in 2022 – But only if you do it correctly!

In this post, I’m gonna highlight and share a few strategies to make Facebook lead Ads more effective to generate more high quality leads for your business in 2022. I’ve broken down the discussion into four parts, where you’ll learn:

Wordstream analyzed their 256 US-based clients’ Facebook Ad accounts, who were advertising based on the objective of conversion between Nov’ 16 to Jan ’17. The report presented the Average Click-Through Rate,  Cost per Click (CPC), Conversion Rate (CVR) and Cost per Action (CPA) across seventeen industries including Technology, Real Estate, Healthcare, Industrial Services, Legal, Travel & Hospitality, and many others. 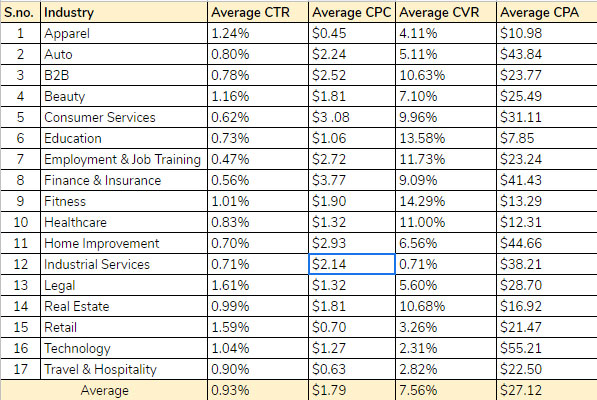 The data reflected that the average click-through rate across all the seventeen industries – Legal being at the top with an average CTR of 1.61%, Retail with 1.59%, and Apparel with 1.24%, whereas Employment & Job, Finance & Insurance, and Consumer Service industry had the lowest average CTRs of 0.47%, 0.56%, and 0.62% respectively.

Every industry has different demographics of potential or target audiences with different interests & behaviors and there is no universal rule for creating ads that work effectively for all the industries on Facebook.

Research and analyze your consumer behavior and interests before creating any ad because ads are likely to perform better on any platform if it’s shown to the right niche audience and the same goes to Facebook as well.

On Facebook, to create more effective lead ads you can use the provided selections to refine your ad demographics based on age, gender, language, industry, interests, income level, and other parameters. Using these filters will help you to place and show your ad to the right demographics and more potential consumers.

In Facebook Ad manager, Custom Engagement Audiences is a great way to ensure better targeting of potential customers with your Facebook lead ads. But while running two or more Ads at the same time, audience overlapping is a common mistake that usually occurs.

What is Audience Overlap

Actually, Audience overlapping is a general mistake defined as a common audience among different ad sets. In simple words, it means that two or more of your ads with audience overlap would start competing with each other on Facebook. As a result, Facebook would end up showing the Ad to the audience which has a better performance history over the others, leading to higher lead costs and poor delivery of your ad sets.

You can use the following steps to check your audience overlap

Create Lookalikes of your past audiences while creating Facebook lead ads

Lookalike Audience is another great way to reach more potential audiences who are more likely to be interested in your services without exhausting your budget on Facebook.

When you create a Lookalike audience for your lead ad, Facebook identifies the common qualities and interests of your chosen source audience and delivers your ad by targeting a similar audience, but with higher chances to convert and generate more quality leads.

Facebook pixels are another great tool in Facebook ads manager that helps to target better audiences, drive more sales and measure the results of your ads.

Just go to your Facebook ads manager account and click on the tool tab. You’ll find “Pixel” in the “Event manager” section under the “Measure and report” tab.

Once you have created and installed Facebook pixel code to the page of your website, you can create a custom audience based on the users who have visited that page. You can use the created custom audience for showing ads.

You can even use the custom audience and create a “Lookalike” audience for future ads for better CTR and to increase your conversion rate.

On Facebook, Lead ads help users to capture and collect information from the potential audience to meet the business goals through an easy Instant Form, within a blink of the eye. You can use lead ads either to collect sign-ups or ask questions through Instant forms or make the audience take an action such as subscribing to your newsletter.

Here are a few questions based on the industries and business goals that you can use to ask from your potential customers through Instant form:

Facebook auto-populates the fields in the instant form for the users, which reduces the efforts of a user while filling a form which also works for increasing the numbers of the leads and completing the goal easily.

Try using more prefilled field questions rather than asking custom questions. Actually, the fields are auto-filled by Facebook through the available information provided by the user in their account profile, which also ensures higher accuracy of the received information and potential customers generated through the lead.

Since asking a lot of questions can also result in a higher bounce rate in the number of the audience without completing the form on Facebook.

On the basis of the information you want to collect from your audience, always identify and list down must to ask questions on your instant form to achieve your business goals.

But if you have some specific questions to ask, then rather than text fields, use multiple-choice questions. Since, it is easier for the users to tap than type the answers, it results in an increase in the number of leads as well.

Always try to offer less number of options for the answers, since nobody likes to have the pain of scrolling and providing a lot of options will increase the length of your form. As a result, users might require to scroll down the screen to see the options and this can also result in a higher bounce rate without completion of the form.

So, if you have more options to provide then kindly cut it down and keep it short, from three to four options for a question.

Use context cards to emphasize your Ad value

Context cards are the best way to tell the audience what they are signing up for while interacting with Facebook ads. Context cards are added optional pop-ups that appear whenever a user clicks on your lead ad before taking them to fill up the form and share their information.

Context cards tend to share elaborated information on what users are signing up for. Using a context card ensures a high-quality lead since context cards provide you enough space to offer the information and explain to the users what you are offering to them and how it will add value to their life if they sign up.

Use the Facebook split testing tool to reduce cost per lead

A split test, also known as A/B test is a strategy that allows you to compare two or more elements of an Ad within a campaign, to analyze which strategy works better.

For example, suppose you always choose a Custom Audience strategy over an interest-based audience strategy because it always delivers the best results and outperforms an interest-based audience strategy for your business. Here, an A/B test or split test – helps you to quickly compare any and every variable element of both strategies to see which elements of the Ads perform best for your business. You can compare any variable element from the color of the CTA buttons to the creatives of the Ads and much more. It is one of the effective strategies for reducing your cost per lead on Facebook.

Ad fatigue is an issue that affects the performance of your Facebook ad campaigns. On Facebook, while running the ad campaign, there are really high chances that your audience might see the same ad multiple times. As a result, If a user sees your Ad frequently, they’ll start ignoring your ad and the ad will become ineffective which leads to lower CTR and affects the cost per lead.

If your ad campaign is getting affected due to ad fatigue, the best way to deal with this issue is to refresh the ad.

To avoid ad fatigue, you just have to make your ad look different from the existing one. You can do it by simply replacing the old content with new and relevant content. You can even try multiple content ideas such as switching from a single image to a carousel, carousel to a video ad, etc. Avoiding ad fatigue is a great way to keep your audience interested and engage more people. It also helps you to reduce cost per lead and increases your CTR.

Facebook became the first social media platform to surpass one billion active users benchmark during the third quarter of the year 2012.

With every year, the number of users active on Facebook is growing and with the release of the Q4 report of Facebook, the company stated that 2.9 billion people are using at least one of Facebook’s products either Whatsapp, Instagram, Messenger or Facebook itself.

The quarterly report released on 29th Jan’20 by Facebook stated that Facebook has 1.66 billion daily active users and 2.50 billion active monthly users as of 31st Dec’19, which is an increase of 8% from the year 2018.

Here are a few other statistics about the number of Facebook user that was revealed through the report by Facebook:

The number of daily active users (DAU) took a spike of 9% from the year 2018 and reached an average of 1.66 billion users per day during 2019 on Facebook.

The number of Family Daily Active People (DAP) also increased by 11% year-over-year. At the end of Dec’19, it reached 2.26 billion users on an average per day.

At the end of Dec’19, the number of Family Monthly Active People reached an average of 2.89 billion per month.

Since the launch of Facebook Ads in 2007, Facebook has introduced many magnificent changes over these many years to make Facebook Ads more effective, interactive and business-friendly for marketers and businesses.

And as I said earlier that there are no doubts about the potential of Facebook lead ads for lead generation, and if you keep everything in place correctly, then Facebook lead ads have a lot to offer to the marketers and businesses in the year 2022.[/vc_column_text][/vc_column][/vc_row]

This site uses Akismet to reduce spam. Learn how your comment data is processed.